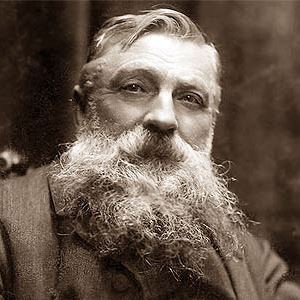 François Auguste René Rodin was a French sculptor known for his sculptures such as  The Thinker and The Kiss.

As a child he experienced severe difficulties in school. He was extremely nearsighted as well as exhibiting traits of dyslexia. His father once said, ‘I have an idiot for a son,’ and an uncle claimed that he was ineducable. At age 14 he could barely read or write and struggled with mathematics,  but had started drawing at an early age. Although his artistic talent was clear, because of his academic difficulties, his family sent him to a school that trained craftsmen. 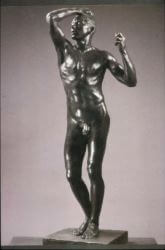 At age 17, Rodin applied to attend the prestigious  École des Beaux-Arts in Paris, but his application was rejected. He tried again, but two subsequent applications were also turned down.

As a young man, Rodin earned his living working with more established artists and decorators, usually on publicly commissioned works such as memorials or architectural pieces. He began to achieve recognition for his work with The Age of Bronze, created in 1876.

Over the next decade, as he entered his 40s, he further established his distinctive artistic style with many acclaimed and sometimes controversial works. By 1900, he was a world-renowned artist.

Sculpturally, Rodin possessed a unique ability to model a complex, turbulent, deeply pocketed surface in clay. Many of his most notable sculptures were roundly criticized during his lifetime. They clashed with predominant figurative sculpture traditions, in which works were decorative, formulaic, or highly thematic. Rodin’s most original work departed from traditional themes of mythology and allegory, modeled the human body with realism, and celebrated individual character and physicality. Rodin was sensitive to the controversy surrounding his work, but refused to change his style. Successive works brought increasing favor from the government and the artistic community.

Many in the art establishment disliked the realism of the Age of Bronze and because it was life size said it was just a mould of a live model. In future Rodin ensured his sculpture was larger or smaller than life size.

Camille Claudel was both Rodin’s model, lover and collaborator though a powerful sculptor in her own right. After she broke up with Rodin her brother and mother had her sectioned where she remained for 30 years in a mental hospital though many doctors sought to prove her sane.

From the unexpected realism of his first major figure – inspired by his 1875 trip to Italy – to the unconventional memorials whose commissions he later sought, Rodin’s reputation grew, such that he became the preeminent French sculptor of his time. By 1900, he was a world-renowned artist. Wealthy private clients sought Rodin’s work after his World’s Fair exhibit, and he kept company with a variety of high-profile intellectuals and artists. He married his lifelong companion, Rose Beuret, in the last year of both their lives. His sculptures suffered a decline in popularity after his death in 1917, but within a few decades, his legacy solidified. Rodin remains one of the few sculptors widely known outside the visual arts community. 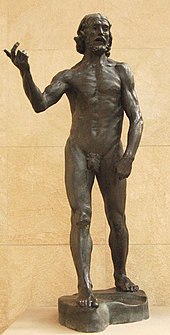 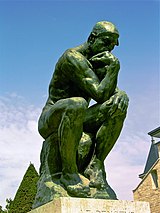 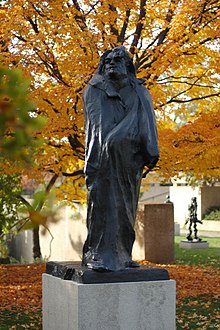 Cast of Balzac (1891–1898) exposed in Jardin du Musée Rodin.
The same statue is used for the monument in Paris 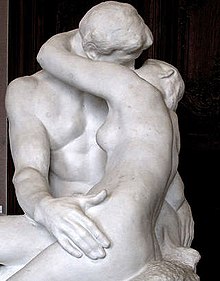