‘Does It Matter’ 5 films by disabled artists on WWI 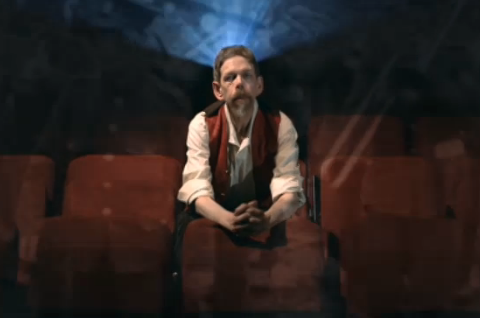 From a cast of animated disabled soldiers to a chaotic WW1 hospital and the heroic figures depicted on war memorials, these films offer unorthodox, irreverent and unexpected takes on the legacies of war and disability in Britain today, taking inspiration from Siegfried Sassoon’s 1917 poem Does It Matter?

Does It Matter? World War 1

With two million British servicemen disabled by World War One, society’s attitude to disability had to change. Disabled artists present unorthodox takes on the legacies of war and disability

Jez Colborne’s song explores his fascination with the pomp and ceremony of war, an experience he’s locked out of because ‘learning-disabled people don’t go to war’. A collaboration with Mind The Gap.

Series 1 Episode 4: Breathe Nothing of Slaughter

Tony Heaton examines the potent symbol of the war memorial and the reality of war. Heroic, Adonis-like bodies are set in stark contrast to images of blackened faces and malnourished and broken bodies.

Katherine Araniello turns sentimentality on its head in a playful and absurd re-imagining of a wartime hospital where the wounded and war-damaged wait to have their morale lifted by Matron.

Assembling a crutch as a soldier assembles a gun, Claire Cunningham enacts a ritual that mirrors the act of creating a weapon of destruction, while actually creating an object of support