Lisa not only learned to paint after losing her sight, she wrote a book about it. Her inspiring use of color and her ability to tell which color she is using just by feeling the texture of the paint are just two remarkable facets of her story. 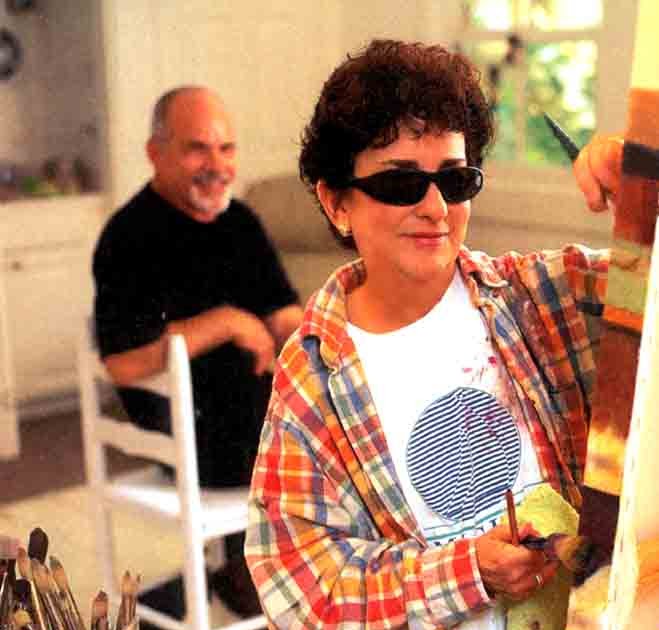 Lisa Fittipaldi was a trauma-care nurse and a Certified Public Accountant before she lost her sight in 1993. Memories of having traveled the world with her husband Al, a career Naval Officer, has allowed her to depict daily life in astonishingly rich color and depth. Prior to her vision loss she had no art background. The challenge of a child’s watercolor set, thrown down like a gauntlet by her frustrated husband, opened the door to a new life in the field of art. A self-taught artist, Fittipaldi began selling her works in 1995, first at local shows, then at art fairs around the country and today on her website and throughout the world. She appears on dozens of local and national television programs, grants radio and print interviews, and gives speeches and demonstrations to audiences worldwide. Painting was one of several avenues that Fittipaldi explored as a way of finding her place in the world after becoming blind. She quickly understood that painting her storehouse of memories was both a source of nourishment and a way to keep her world alive in her mind. As she began to paint, she also realized that the principles of art gave her a system for comprehending and navigating the three-dimensional world she could no longer see. Whatever she learned in her painting studio, working on a two-dimensional canvas, could be applied to her understanding of the vast dark world she now lived in.

Since her entrance into the International world of art, she has sold over 500 paintings internationally, both in oil and watercolor. Since 1997, her complex scenes of diverse cultures and everyday life have been exhibited in museums and galleries around the world. A deep understanding of color theory supplanted her need to “feel” the consistency of the paint to know what color she was using. Colorful abstract paintings gave way to still life and landscape, and ultimately to complex figurative paintings of a teeming marketplace or a crowded jazz club.

Realizing a deficit in our educational system, she founded the Mind’s Eye Foundation in 1999 to provide specially equipped computers and software to vision and hearing impaired schoolchildren so they can remain mainstreamed in our schools. Among her other endeavors, she and her husband run a successful bed and breakfast in San Antonio, Texas.