The untold stories of deaf people in WWI 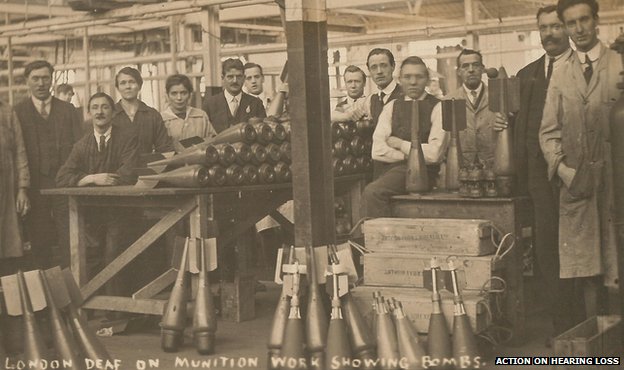 An entry on the BBC Ouch blog on the fates of deaf ex-soldiers.

When the war broke out, sentries were deployed across the country and security was tightened. But many deaf people were unaware of the new rules … and paid for it with their lives.

“Deaf people walking along the road were told to stop by sentries. But when they continued to walk, they were shot,” says historian Norma McGilp, who is herself deaf and has been researching a book about the experiences of deaf people in World War One.

“There are a number of stories about deaf people being randomly shot while walking home from work, cycling or generally getting on with life,” McGilp tells See Hear.

Reports like these peppered the pages of local and national newspapers at the start of the war but by September 1914, the British Deaf Times had published a set of guidelines warning its readers not to go out walking alone or near railway lines, stations and public buildings, and advised they be accompanied by a hearing person where possible.

Though some deaf people became unforeseen casualties of home front security, evidence has also emerged about how many were involved in the country’s war effort.

In London, a deaf volunteer battalion was reported to have been trained in drill and tunnel digging and a number of deaf people were employed in factories as munitions workers – making and testing shells, fuses, and manufacturing everything from tools through to wheels.