An article by Simon Jarrett.

It is Disability History Month, and some people with disabilities might be forgiven for asking ‘Who cares? As hard-won rights and benefits come under unprecedented challenge from austerity measures, the disabled community faces many battles.

Yet history is not as irrelevant as it may first appear. To understand where you are, it is often very helpful to know where you have come from. A sense of history, a reclaiming of the past, has been essential in many struggles for recognition and acceptance. The present has an unnerving habit of obliterating from memory those it wishes to remain invisible, or at the bottom of the pile. Claiming an historical identity, rejecting that invisibility, was an important part of the women’s liberation movement, gay rights campaigns and movements against colonial and racial oppression. It is now playing a similar role in the disability equality movement. 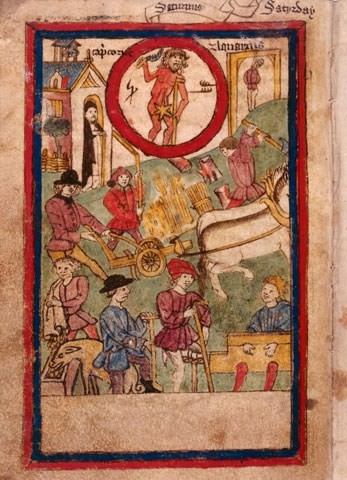 In the middle ages thousands were disabled by the scourge of leprosy. Alongside them lived many more thousands of ‘creples’ ‘blynde’ and ‘deaff’, either disabled from birth or though accident or illness. There were constant debates about what this meant. Was it a punishment from God for sin, or did suffering on earth mean that people with disabilities were closer to God than the rest, and therefore superior? Some were cared for by monks and nuns, the small beginnings of hospital-type provision, but most lived in, and were very much a part of, their families and communities.  The eighteenth century saw the building of the first great hospitals which cared for some ‘maimed’ war veterans and those who were both destitute and disabled.

Yet it was not until the nineteenth century that institutional provision came to be seen as the norm for those deemed disabled, with a massive building programme of segregated asylums, workhouses and other institutions. For the first time the life of the disabled person was framed as a life best lived away from communities and families, under medical supervision. Disabled people were no longer 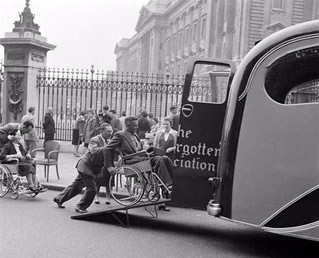 understood as people who lived and worked, (yes, worked), in society. The great wars of the twentieth century massively increased disability levels, bringing about radical advances in assistive technologies, rehabilitation, mobility, environmental adaptations and public attitudes. After the Second World War disability rights campaigns, some led by war veterans, led eventually to the demise of long stay institutional care and the ‘new’ idea of care in the community.

So why does this matter? It matters because we need to understand that today’s ‘correct thinking’ about disability is just as much a function of contemporary beliefs and opinions as were ideas of sin and holiness in the middle ages. Professionals should understand that the idea of care in the community is not a new idea they have dreamed up – it is exclusion that has been the historical exception. The asylum movement only occupied 140 years of a thousand years of history. For as long as society has existed, people with disabilities have been a part of it, shaping and influencing, just as society has shaped and influenced their lives. To understand that, in schools, in workplaces and in government, is to begin to understand that exclusion is not inevitable, inclusion is not some vague theoretical aspiration.

Simon Jarrett is arts editor of Community Living magazine and is researching the history of ‘idiocy’, with a Wellcome Trust scholarship, at Birkbeck, University of London.He is the author of Disability in Time and Place, an Historic England web resource. Illustrations in this article are reproduced with permission from Historic England.

Simon will be speaking at a Disability History Month event ‘Disability and impairment: a technological fix’ at London Metropolitan Archives on Friday 27 November, where he will be talking about impairment and mobility in the 18thcentury.